Five years after HIV tore through a rural Indiana town as a result of widespread drug use, a syringe and needle exchange program was set up in rural Nevada to prevent a similar event.

ELKO, Nev. — Richard Cusolito believes he’s saving lives by distributing clean syringes and needles to people who use drugs in this rural area of northeastern Nevada — but he knows some residents disagree.

“I’m hated in this town because of it,” said Cusolito, 60. “I’m accused of ‘enabling the junkies,’ pretty much is the standard term. People don’t get the impact of this whole thing.”

Drugs, including heroin and other opioids, are readily available in Elko, and Cusolito said a program like his has long been needed. Cusolito is a peer recovery support specialist and received training through Trac-B Exchange, a Las Vegas-based organization that provides a range of harm reduction services throughout Nevada.

In a city the size of Elko, with 20,000 residents, Cusolito’s work has hit close to home. He helped his daughter access rehabilitation services, and earlier this year, she died from an overdose.

“I just keep up hope for the ones that I can help,” he said.

Cusolito has run the exchange program since 2020, when the Elko City Council approved a resolution that gave him permission to hand out needles and syringes at the city’s camp for homeless people. The agreement was originally for one year, but the council recently renewed it for three.

Elko officials’ approval of Cusolito’s work comes as leaders in small, often conservative cities have been asked to adopt policies forged in large, more liberal cities, such as New York and San Francisco. Federal reports show people who use needle exchange programs are five times as likely to start drug treatment programs and three times as likely to stop using drugs as people who do not, but programs in Nevada and other states have faced similar pushback.

Scott Wilkinson, assistant city manager for Elko, said the city’s ability to provide resources to people who use drugs is limited. “We’ve done what we can do to try to help out, but we don’t have a health department,” Wilkinson said.

Trac-B Exchange funds Cusolito’s project, and he provides reports to the city about how many syringes and needles he distributes and collects for disposal.

Needle exchanges are part of efforts known as harm reduction, which focus on minimizing the negative effects of drug use, rather than shaming people. In recent years, harm reduction tactics have begun to spread to rural areas, said Brandon Marshall, an associate professor of epidemiology at the Brown University School of Public Health.

Marshall said a 2015 HIV outbreak fueled by drug use in rural Austin, Indiana, became a “canary in the coal mine,” showing how shared needles could spread the virus. A syringe exchange program could have averted the outbreak or reduced the number of people who were infected, according to a modeling study that Marshall co-authored in 2019.

Cusolito is trying to prevent that kind of disaster in Elko. His small office, in a gray building just off the main street near downtown, isn’t eye-catching from the outside. A “Trac-B Exchange” placard is posted outside, but it doesn’t identify the space as a syringe and needle exchange. Yet Cusolito estimates he sees 100 to 150 people a month, relying on word-of-mouth. 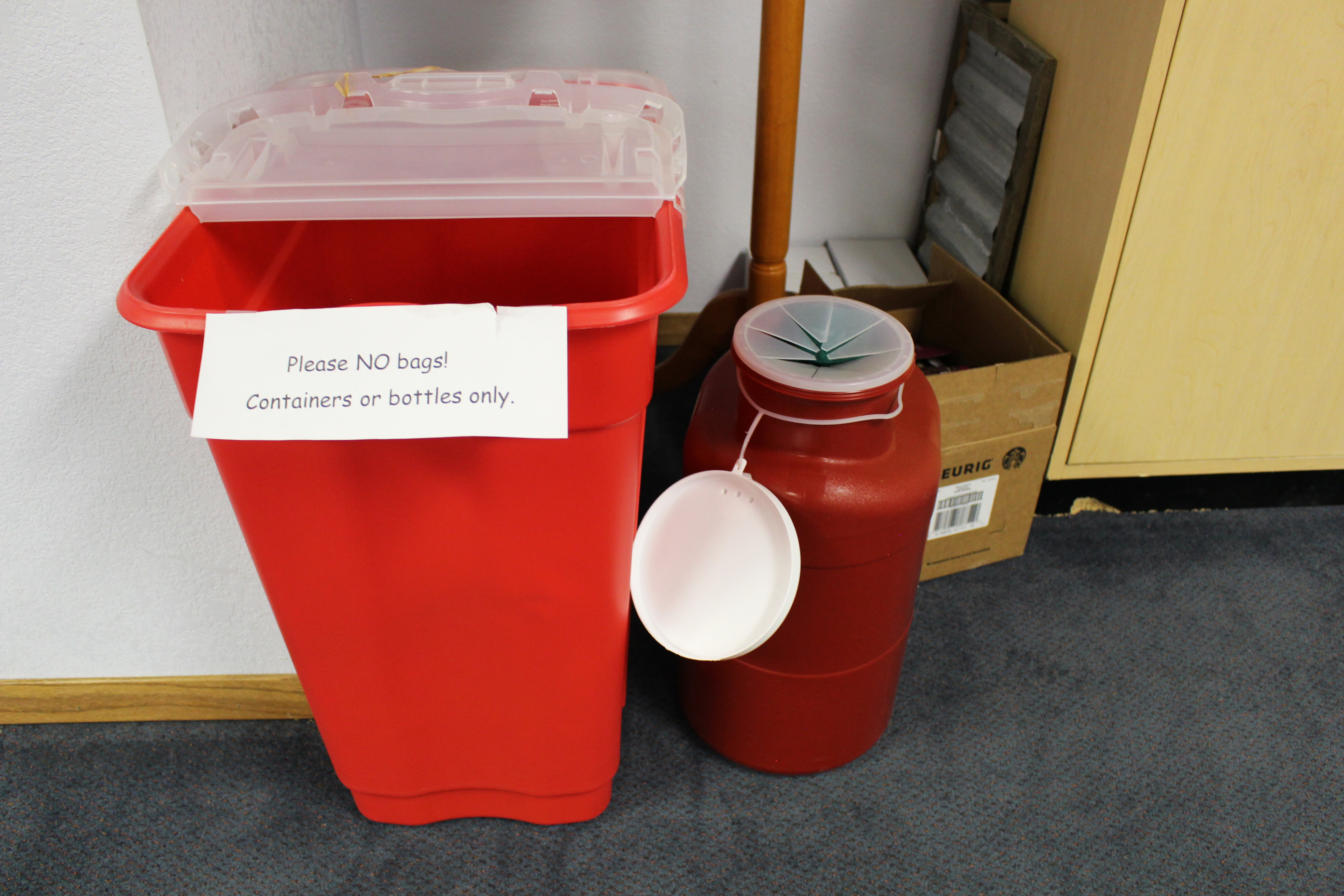 He is adamant that participants turn in their used syringes and needles before getting replacements. The old ones go into a sharps container — a sturdy plastic box — that he sends to Trac-B Exchange in Las Vegas, where they are sterilized and pulverized for safe disposal.

Trac-B Exchange’s harm reduction efforts also reach other areas of rural Nevada: A peer recovery support specialist runs a needle exchange program in Winnemucca, 124 miles from Elko and home to 8,600 people. In Hawthorne, which has fewer than 3,500 residents, leaders approved installing a vending machine that is operated by the organization and contains clean syringes and needles, as well as condoms, tampons, and body soap. In 2019, the organization installed two sharps containers in Ely, a city of fewer than 4,000 residents.

Trac-B Exchange program director Rick Reich said the organization has been offering services in rural areas to help people there use drugs more safely or find resources so they can become and stay sober. The services include assistance in obtaining identification documents, housing, and jobs.

“You’re trying to get a carrot that someone will go after,” he said, referring to the clean needles and syringes. “Then as they come to you, to get that carrot and eat that carrot, they can see that you have other things available and that you aren’t the scary person that they thought you were in the nightmare that they were living.”

In 2020, the overdose death rate in Nevada was 26 per 100,000 people, 27th-highest among states, according to the Centers for Disease Control and Prevention. That year, as the spread of covid-19 spurred stay-at-home orders and shuttered businesses, more than 800 Nevadans died from overdoses.

Seven years since the 2015 HIV outbreak in Indiana, seven states still don’t have any syringe exchange programs, according to a KFF analysis. In some states, harm reduction workers could face criminal penalties for carrying clean syringes or strips that detect the presence of the synthetic opioid fentanyl, which is 50 to 100 times as strong as morphine.

Nevada’s legislature passed a law in 2013 that legalized syringe and needle exchange programs so peer recovery support specialists like Cusolito can do their work.

But that doesn’t mean such efforts are always accepted.

Cusolito said he can put aside nasty comments because he believes in the work he’s doing. He recalled a client who had one of the worst heroin addictions he’d ever seen. “I didn’t think he’d survive,” Cusolito said. After connecting with Cusolito and going through treatment, the client went back to work, bought a house, and got married. He still checks in with Cusolito every couple of months to tell him about his latest achievements. 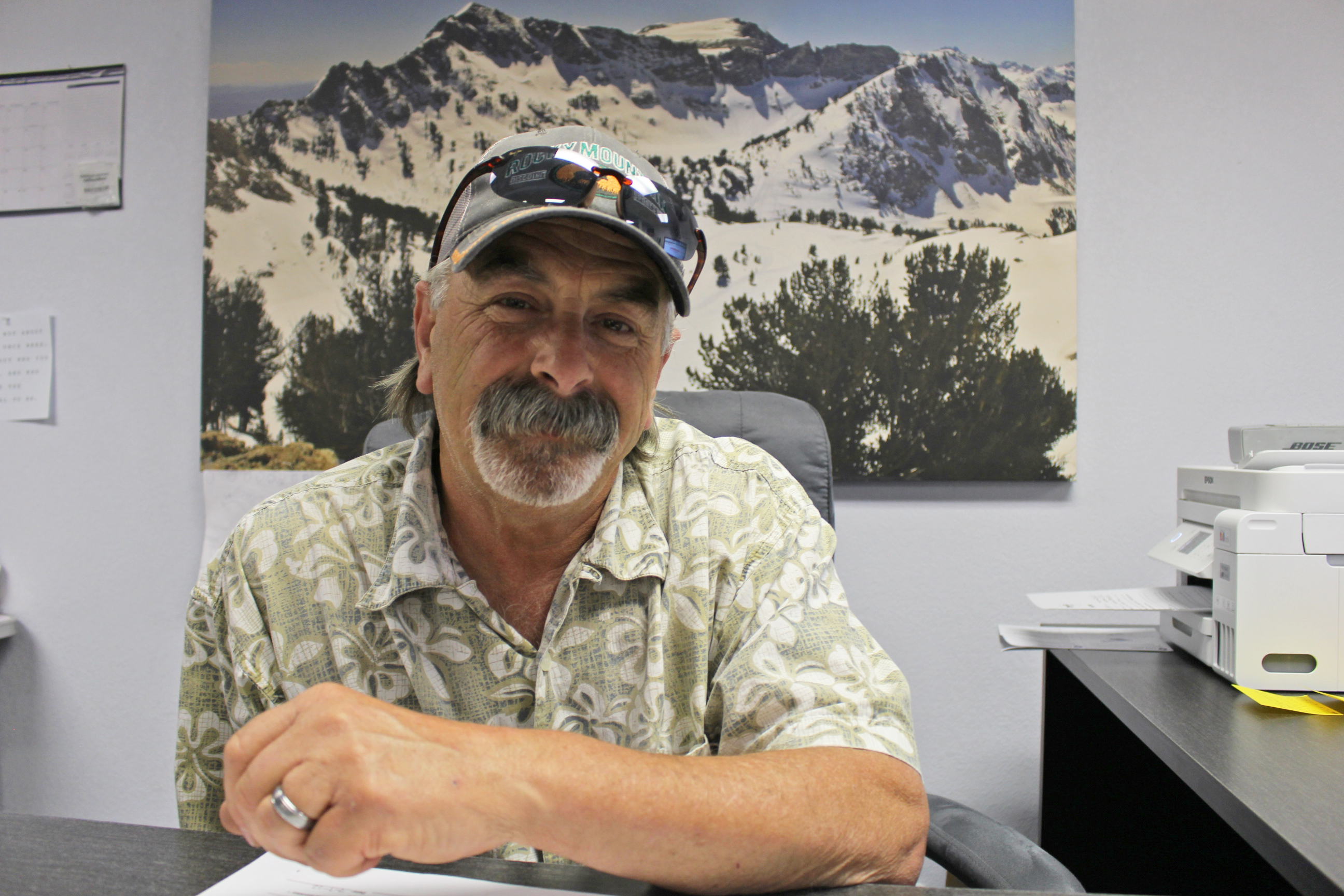 Clients with stories like those help Cusolito move forward when other challenges of the job weigh on him. The hardest part is losing clients.

“Sometimes I feel really strong and like I can beat the world,” he said, “and other times I think about when I got the knock on the door, you know? I want to lock the door and not let anybody in because I don’t want to deal with anybody else who might die.”

KHN (Kaiser Health News) is a national newsroom that produces in-depth journalism about health issues. Together with Policy Analysis and Polling, KHN is one of the three major operating programs at KFF (Kaiser Family Foundation). KFF is an endowed nonprofit organization providing information on health issues to the nation.

This story can be republished for free (details).